The U.S. economy is now firing on all cylinders such that many companies are facing attraction and retention issues. Recently in the Wall Street Journal, David Harrison and Eric Morath’s piece “In This Economy, Quitters are Winning” looks at how American workers are choosing to leave their jobs at an alarming rate reminiscent of the technology boom two decades ago.

Having interviewed millions of employees TalentMap knows what attracts and repels people, why, and how a more engaging workplace can rise above the kinds of challenges and statistics cited by Harrison and Morath. A quick recap:

TalentMap focuses exclusively on custom research, workplace engagement measurements and post-survey tactics. “As a result of these studies,” says Norm Baillie-David, SVP of Employee Engagement, “we’ve developed a keen understanding of factors which have the greatest influence on employee engagement” (defined as a ‘heightened intellectual and emotional connection of an employee to the job and organization, resulting in discretionary effort’).

“With the U.S. labor market being as tight as it is, employees are going to go to the highest bidder. The frustrating part of this is that you can pay your people a bigger paycheck or attract recruits with rich remuneration packages, but you have to use the traditional arsenal of employee drivers to engage them.”

TalentMap clients have come to know that if they focus on what really matters (as opposed to what employees complain about), they can have a significant positive impact on employee engagement which in turn leads to better attraction, retention and productivity. Whether or not American companies need to change their compensation packages is a subject for debate. What is empirically true is that on its own merit remuneration has little bearing on peoples’ commitment to their organizations.

Those are the kinds of meaningful employee engagement factors under an organization’s direct influence that can improve the workplace and keep lots of those 3.4 million Americans from voluntarily uprooting for greener pastures.

You can attract and lose employees with compensation. It’s a double-edged sword. But to keep your people it’s a combination of fair compensation plus engagement. 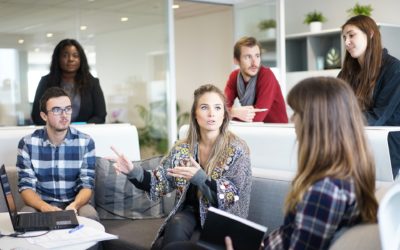